This post continues from Part 3, and is part of a series for Explore Your Archive week.

Oliver Bernard Ellis wrote an essay for ‘The Observer’* called ‘A letter from Alexandria’. According to notes by his family, the essay was based on a letter sent by his uncle, Edward Dare Evans, to Edward’s daughter.

The essay is written from the perspective of a serviceman who is wounded and in hospital in Alexandria. It gives an account of the events leading up to the injury.

The first sentence reads: “Looking back over the happenings of the last week, I realise the futility of attempting to give you any idea of the horrors of modern warfare.”

The last sentence reads: “When this letter reaches you I shall have left this broken shell, and shall be free to fly back over land and water to the old home, and there I shall stay for a few short years until we can meet again on the same footing ‘Death is not the sunset but the sunrise of our lives’.”

The series concludes tomorrow with his time in the R.N.A.S.

*The Observer was a collection of handwritten essays on a range of subjects by Bootham students and staff, that was regularly produced. This essay is taken from 2nd Series, Volume XXXII, p599. 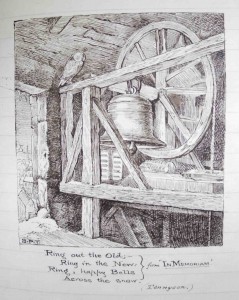 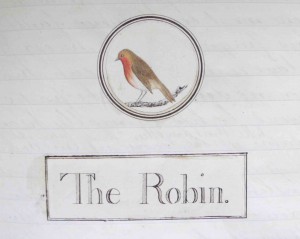 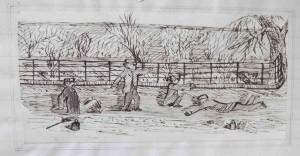